Ask For An Update 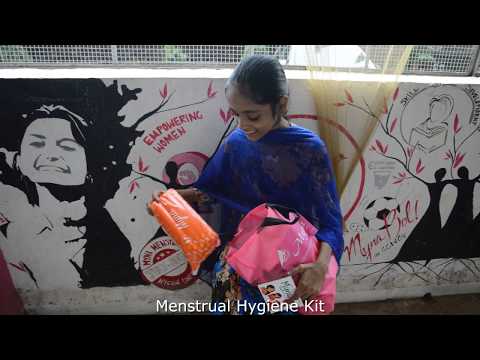 Report this project to Ketto
Contact Campaigner
Feel free to ask Myna Mahila Foundation for a new update on this Fundraiser.
Ask for Update

A story that touched many lives...

“I am Shabnam, the eldest child in my family of eight. I have four sisters and one brother. My mom is a housemaid and my dad washes cars. I've never been to school, although my younger siblings do. I've been a part of Myna for a month now and it's already been a journey of metamorphosis: from a lost afraid 12-year-old girl to an informed young woman.

Menstruation is a monthly recurring reality of every girl's life. Yet, it is the “issue” that is talked in “hush- hush” voices at home and in my community—a conversation that is brushed under the carpet. These visible yet living constructed walls around periods, perpetuate an ignorance and culture that hinders women’s health. When I got my first period at 12, I was given a cloth, in silence. So, using a cloth is natural; it is something that was handed down to me by my mother. Despite the rashes and irritation, I used cloth. Myna has been a pillar that has guided me, from first hearing about them from my neighbors to enrolling as a community leader, for Sponsor a Girl. When I first got to Myna, I was both intrigued and impressed by the free and open language used by the women, which is also infused with mutual respect. It was like being in an alternate universe, where I have the space to talk about things not talked about, that were affecting me and my health. We talked about menstruation, sanitary pads, feminine hygiene techniques, and about “good touch-bad touch”—to know when someone’s touch to my body poses a risk to me.

I consider this space the heart of our Govandi community; it has morphed our daily struggles, as women, into empowering tools to reach more women. I wasn't born a chatty Myna Bird, but Myna Mahila Foundation sure has transformed me into one. I previously didn't even know the meaning of my name (Shabnam). Now, like the fresh drops of Shabnam, the new beginnings Myna has inspired me to go for things, to try things I never thought I would ever do, including being a community leader and running for the Tata Mumbai Marathon 2020. I plan on paying it forward to empower more women. Thus, I would like to ask if you could give to help us reach more Myna’s like myself.” Have a question? If the info above doesn't help, you can check out our FAQs page.

Scan the QR code from the app and make payment

I could really use your help right now.
You can help me with a contribution as small as

No, Thanks!
Sure I'll help Your Supporting Fundraiser is now live!

from where you left off?
Continue Editing Draft Fundraiser

Is something stopping you from starting a fundraiser?

to get immediate assitance from our manager.